Laws are sand, customs are rock. Laws can be evaded and punishment escaped, but an openly transgressed custom brings sure punishment. —Mark Twain

Let me write the songs of a nation, and I care not who writes its laws. —Scottish politician Andrew Fletcher

If law, like politics, is downstream from culture, get ready for some backflow: the Supreme Court’s reviled 2005 eminent-domain decision Kelo v. New London is now a motion picture. Korchula Productions’ Little Pink House — referring to Suzette Kelo’s home taken by her city and given to Pfizer Corp — premiered in February at the Santa Barbara International Film Festival. Korchula is working on bringing Little Pink House to more markets. This, at least, is an improvement on Pfizer’s plans, who opted to take the little pink house off the market, and indeed, out of existence. 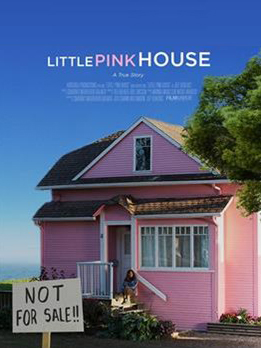 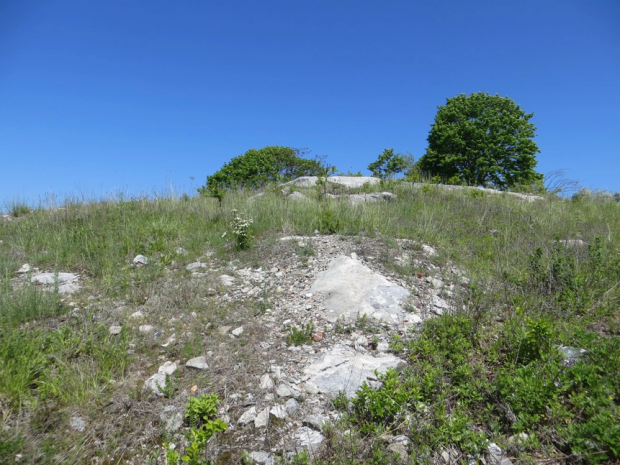 One poll found that more than 80 percent of Americans disapproved the Kelo decision. At least 45 states passed eminent domain reform laws in reaction.

We had similar stories in California that gave an Orwellian lie to the activity known as “redevelopment.” Filipino Baptist’s property in Long Beach had been developed as a church, but the city in 2006 proposed it be re-developed as condos. (Or in a different context, when a passenger was accommodated onto a flight, United Airlines haplessly proposed to “re-accommodate” him, kicking and screaming, back off it.)

Also on point is the tale told in 99 Cents Only Stores v. Lancaster Redevelopment. In its first full year of business in 1998, the 99 Cents Only store in the north Los Angeles city of Lancaster did over $5 million in sales. This was welcome news to the city, given the space had been vacant ever since the new “Power Center” shopping development, where 99 Cents was located, opened ten years earlier. Almost immediately, however, 99 Cents’ next door neighbor, Costco, told the city it needed to expand. The owner of the center offered Costco optimal space behind 99 Cents, but Costco insisted that the city use its power of eminent domain to condemn 99 Cents’ business. If the city refused, Costco threatened to relocate to neighboring Palmdale, who surely would use every tool at its disposal to attract the lucrative big box store’s business. To seal the deal, Costco issued an additional threat: not only would it relocate to Palmdale—it would leave its existing store shuttered and vacant as an economic deadweight on the city’s key commercial center. Backed against the wall, the terrified city relented. It condemned 99 Cents’ store, paid the shopping center owner $3.8 million, and gave the parcel to Costco for one dollar.

You developed your business, and the city re-develops it as the other guy’s business.

California was the first state to adopt a Community Redevelopment Act, in 1945, which gave cities and counties the ability to establish redevelopment agencies. A half-century later, it was generating a steady stream of dystopic race-to-the-bottom stories and a growing public backlash. California abolished the redevelopment agencies in 2011. For state budgetary reasons rather than the right ones, of course, but a win’s a win.

Public disapproval more recently took aim at banking and lending practices, and the law likewise continues to respond: The U.S. Supreme Court recently ruled in a pair of cases that cities can now sue banks for discriminatory lending that harmed the city’s tax base by causing property values to fall. Can cities actually prove this? In a summary-judgment motion, the odds aren’t good. But think a jury might include a few homeowners with less than warm affection for banks? You bet. Courthouses might be “palaces of justice,” as Judge Kozinski recently called them, but there’s still box seats for an angry slice of zeitgeist.

When Solon, the great Athenian lawmaker, was asked whether he had given to the Athenians the best laws he could devise, he replied that he had given them instead “the best they w[ou]ld receive.’” Solon recognized that laws must not only be just, but they must be agreeable to those they mean to govern. Law is still downstream of culture, so beware the backflow.

The Ninth Circuit makes life much more difficult for individual Chapter 11 debtors
By Thomas A. Vogele

Debtors considering a personal bankruptcy under Chapter 11 previously had an edge in California that gave some added leverage against creditors. A Ninth Circuit decision last year, however, took that leverage away.

Until January 2016, individuals who filed a Chapter 11 petition in California could confirm a plan of reorganization over the objections of a dissenting class of creditors through what was referred to as a “Cram Down” plan, without relinquishing control of their property. Unlike bankruptcy courts in other states, California courts held that the “Absolute Priority Rule” in Chapter 11 bankruptcies only applied to businesses, not to individuals.

Through the Zachary decision, the Ninth Circuit took up the question: What property may an individual debtor retain and not pay to creditors, without running afoul of the Absolute Priority Rule? The answer is: Only post-petition property that was acquired by the debtor after his or her bankruptcy petition was filed.

You can read more about the Zachary decision here.

A retired music teacher came to TVA desperate because her retirement had just been stolen from her by an unscrupulous private lender. She was the owner of a productive $420,000 promissory note that provided her regular monthly payments, and had temporarily assigned the income stream to get a small loan. But when she paid the loan and asked for her note back, the lender refused, insisting on a stray provision in the form transaction documents using the word “sale” when referring to the note. The trial judge accepted the lender’s specious argument, and would have left the elderly plaintiff without her primary income source for her retirement.

TVA appealed and reversed the judgment, and restored the note and its income stream back to its rightful owner, complete with an award for attorneys’ fees. You can read more details here.

Even if you’re on the right track, you’ll get run over if you just sit there. —Will Rogers

Nevada affords generous shareholder protections, including a bar against turnover orders. This means that a judgment creditor cannot seize the stock in a Nevada company, and is limited to an order charging distributions made to the shareholder. But it is not enough to incorporate in Nevada — since California courts adopt a policy that tends to ignore the laws of the state of incorporation in some cases, a judgment creditor may be able to convince a California court that Nevada’s protections should not apply and that a turnover order should issue.

That is what took TVA recently to the Nevada-side of Lake Tahoe, in Washoe County. A judgment creditor had a multimillion-dollar judgment against our client, and everyone knew the judgment creditor was after his stock in a valuable real-estate corporation to take control of the assets before we could reverse the judgment (which we did).

Rather than give plaintiff that opportunity, TVA filed a complaint in Nevada seeking a declaration from the court that Nevada’s shareholder protection applied. Predictably, the judgment creditor filed a motion to dismiss, arguing the case was not “ripe” by pointing out that he hadn’t yet asked a California court to disregard Nevada law.

So the court put the judgment creditor on the spot: Is that your intention?

Put on the tines of this fork, the judgment creditor was forced to admit that, if he later decided to seize the stock, he would be subject to Nevada law. The Nevada court dismissed the case without prejudice, and the judgment creditor, now foreclosed from denying Nevada law applied, sought the lesser charging-order relief from the California court. A turnover order was now off the table.

From the Department of (Should Be) Obvious

The Court of Appeal issued a writ confirming that trial courts don’t get to make up new discovery devices.

Proving you just can’t predict what courts are going to do, a unanimous U.S. Supreme Court, led by conservative stalwart Justice Clarence Thomas, issued a pro-immigrant opinion on May 30 holding a California age-of-consent law was too harsh, reversing an order that would have deported a lawful permanent resident.

Esquivel-Quintana v. Sessions involved a 20-year-old male who pleaded no contest in California to statutory-rape charges for his relationship with his then-underage 16-year-old girlfriend. The Justice Department argued this constituted an “aggravated felony” as “sexual abuse of a minor,” and so initiated deportation proceedings. An immigration judge agreed and ordered the male’s removal from the country in an order upheld by the Ninth Circuit Court. The Supreme granted certiorari in October 2016 and the case was briefed and argued on February 27, 2017.

Before the Supreme Court, the male argued that in the federal context, “sexual abuse of a minor” based merely on the partners’ ages – e.g., where there is no force, intimidation, intoxication, mental incapacity or other factors negating consent of the minor – should be found only when the minor is younger than 16.

All eight justices agreed (Justice Gorsuch did not participate having joined the Court after oral arguments). The Court rejected the Government’s argument that state law was probative on the age of consent. Justice Thomas, writing for the Court, held that a uniform standard was more in line with the purpose of the statute, and found the age of consent in 31 jurisdictions was 16 years old. At the time, California was one of only 10 States to set the age of consent at 18. The Court also found that the only federal statutes dealing with criminal sexual conduct based solely on the ages of the victims protected victims under the age of 16. Thus, “sexual abuse of a minor” under the immigration statute required a victim under the age of 16.

Expect more immigration rulings from SCOTUS to come, but don’t expect them to be unanimous.

Punching Up, or Punch Drunk?

The Daily Journal recently published an op-ed by a lawyer with an especially pointed critique of the judiciary. The writer, Jonathan Goldstein, has some bold ideas:

“Court of Appeal justices who are either too inexperienced for their position or who have overstayed their time on the bench. For these justices, there should be but one outcome: removal or involuntary retirement.”

This drew an objection from Orange County Superior Court’s presiding judge, “shaming” Mr. Goldstein and calling his article “an unmitigated affront and completely unacceptable from a member of our legal profession.”

Via the SoCal Appellate News blog.

“The U.S. Supreme Court has long recognized that “prior restraints on speech and publication are the most serious and the least tolerable infringement on First Amendment rights.””

(7) The Big Lebowski (PolyGram Filmed Entertainment & Working Title Films 1998) (“For your information, the Supreme Court has roundly rejected prior restraint.”). 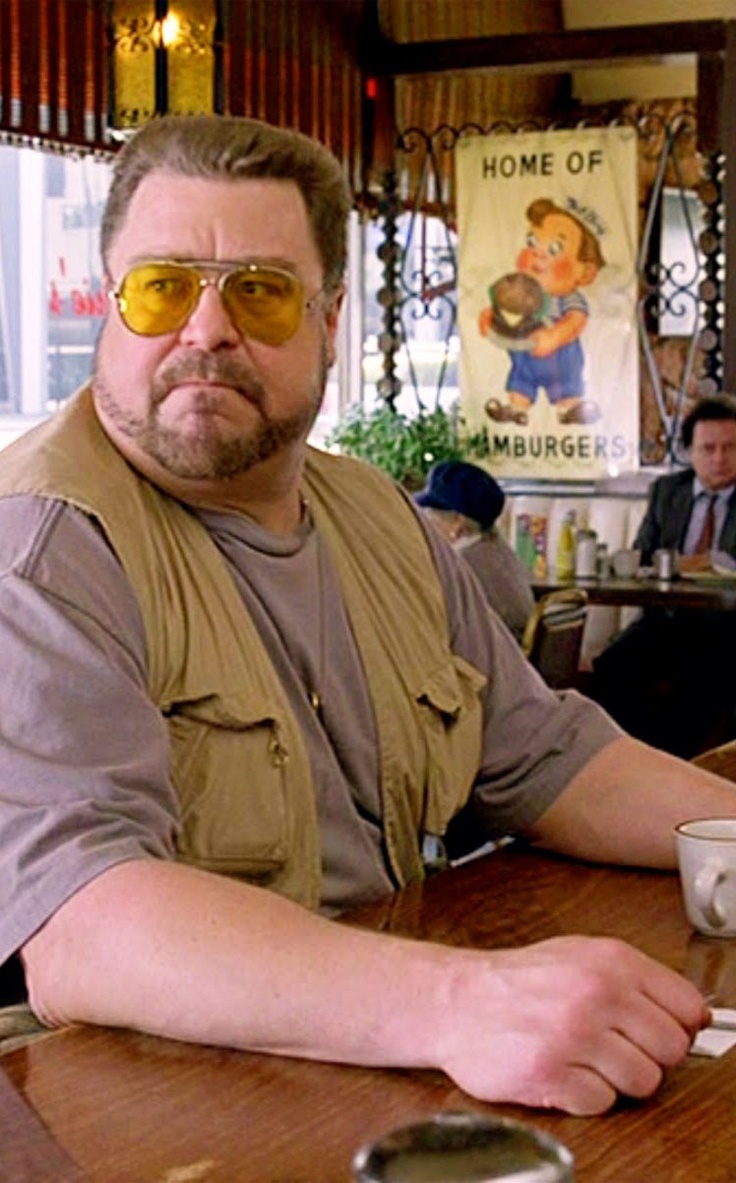 “This affects all of us, man.”
The Big Lebowski (PolyGram Filmed Entertainment & Working Title Films 1998).

JAMS verdict: 2 out of 3 jurors don’t believe JAMS lies to its clients

How long does it take to disbar a bad lawyer?

The Court of Appeal even says so in an opinion in 2011.

The Bar continues collecting dues from him until 2016, when it finally disbars him.

You can also view our past newsletters here.